Episode #100: Women In Leadership: Lessons from A Retired Chief of Police with Janet Davis 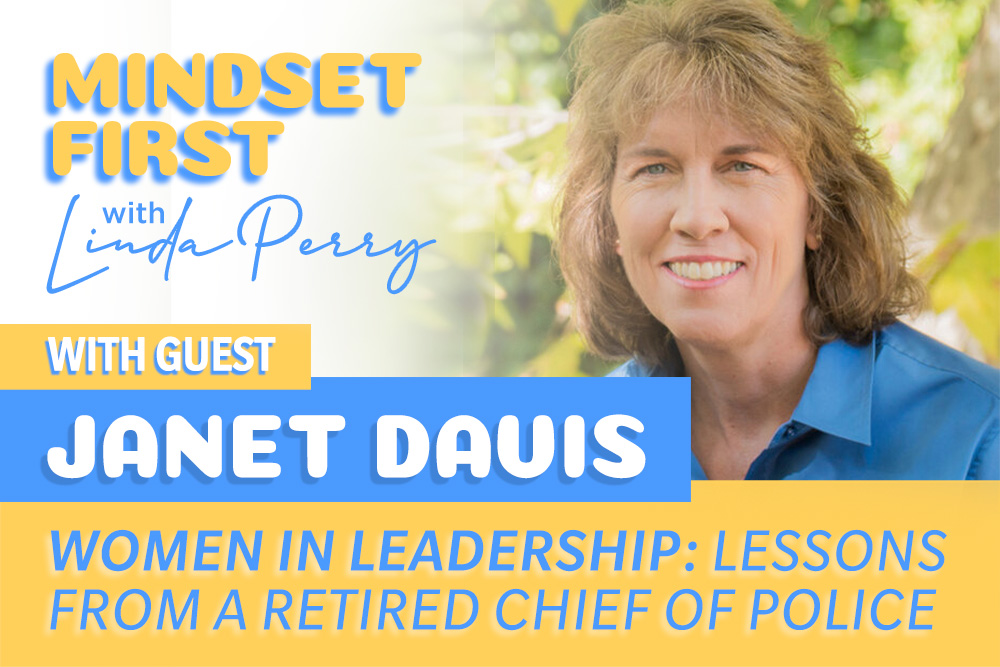 Listen To This Episode:

Welcome to the 100th episode of the Mindset First podcast! I’m so excited to have reached this milestone and share with you this week someone I met a few years back when I was still doing marketing strategy and copywriting. Janet Davis is a retired chief of police from Three Rivers, California who helps executives further their career by focusing on authentic leadership.

When Janet and I met a few years ago we instantly connected because we both grew up in male dominated professions – me as an attorney and Janet as a police officer and we talked in detail about what it meant to lead as a women in these kinds of fields. It can be confusing to know how to lead authentically when there is a temptation to fit in and be one of the guys.

But, what I love so much about Janet is that she really tapped into what it means to lead authentically as a woman and shares her experiences and knowledge with us during this episode. I’m glad she gets to be my 100th guest as I think she offers both men and women something powerful to think about.

Janet’s backstory on how she got into teaching what authentic leadership really means. 0:00

What it means to lead authentically and from position of female power. 7:59

Starting to see how our ways of leadership are ineffective when they come from the wound or giving power away. 19:46

Courage as one of the tenants Janet teaches. 26:47

Connect with Janet’s through her email: janet@janetdavis.com